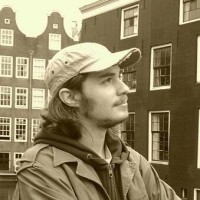 I am currently an Associate Professor at the University of Lille and I’m part of the RMoD team led by Stéphane Ducasse. My current research interests are focused on dynamic object-oriented languages and the Pharo language, debugging and interoperability between dynamic languages.

Before this position, I was R&D project manager at Axellience, startup created in 2012 by Alexis Muller and editor of the GenMyModel platform. I was conducting research related to Model Driven Engineering and language engineering. More specifically, I was working on heterogeneous model repositories, collaboration, architecture modernization using backward/forward engineering, and MDE scalability in the Cloud.

From 2011 to 2012, I had a one-year position as researcher/lecturer at the University of Technology of Lille 1 (IUT) where I worked with Anne Etien on automatic model transformation chaining using static analysis and product lines. Before that, I obtained a PhD degree from the University of Lille 1 in the DaRT research team at INRIA Lille with Anne Etien and Professor Jean-Luc Dekeyser where I worked on model debugging/profiling and MDE compilation chain debugging, using traceability.

During my “young ages”, I worked on the relationship between metamodel and UML profile in the MACAO team from the IRIT under the direction of the Professor Christian Percebois. I also briefly worked on formal verification of a Signal to C compiler under supervision of Martin Strecker in the ACADIE team at IRIT.